king Millions in lining Bondeman and O'Leary's pockets...Mr Bonderman started his career in the Attorney General's office in the U.S in Civil Rights..''Hypocrite'';...In 2009 after Bonderman was contacted by Ryanairdontcare Campaign founder John Foley and a protest took place outside TPG Capital's head office in London his wikipedia career history was changed to ''special assistant''..

Ryanair have the largest monthly recruitment drive in aviation worldwide.

From 8th November till 8th December 2012 Ryanair have 27 cabin crew recruitment days in this 4 week period for potential cabin crew jobs at Ryanair.

We can confirm Easyjet over the same period have ZERO recruitment days.

The attendance numbers at a Ryanair cabin crew recruitment day can be between 30 to 120 students..

A training fee of up to 3,000 euro is charge by Ryanair's so called third party trainer providers with a 60% TERMINATION rate of new recruits under 12 months and before any employment protection comes in to place.

Wish to thank Liverpool Solidarity Federation and all comrades for their continues support in helping to expose the evil employment practises of Michael O'Leary & David Bonderman...Ryanairdontcare Campaign will continue to fight Europe's Greatest Exploiters Of Young People which will involve stepping up direct action protests in 2013.
Personal message to Michael O'Leary ''DOOMED To FAIL''................. 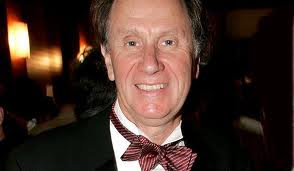 Chris Maloney from the x factor has kindly giving his support to LMH,Liverpool Mutual Homes who sacked workers and left them penniless in 2012.

With over 60 years service between them these workers were bullied and exploited by CEO of LMH Steve Coffey..
A criminal court case is taking place in Liverpool on 19th November 2012 which involves these sacked workers and Liverpool Mutual Homes....
x factor finalist CHRIS MALONEY should be ashamed for supporting LMH as he is fully aware of their plight.
Full details below. 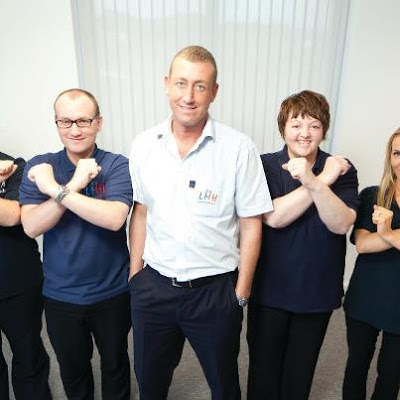 CHRIS MALONEY in his LMH shirt at LMH head office... 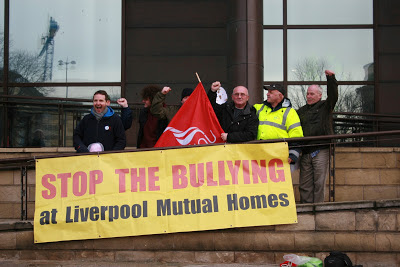 These are the guy's you should be standing with CHRIS  MALONEY don't you THINK.... 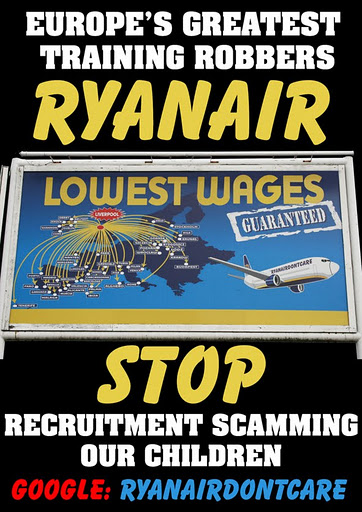 CARD IS IN THE POST
Posted by Europe's No 1 Anti Ryanair Campaigner John Foley.... at Tuesday, November 20, 2012 No comments: Links to this post

Ryanairdontcare Campaign have sent information regarding Ryanair to Joaquin Almunia who is the Competition Commissioner dealing with the Ryanair Aer Lingus bid..We have many objections which have been forwarded.
Let us all hope the Commissioner can see the way Mr Bonderman and Mr O'Leary treat their crew all over the EU....

John said,
It gives me great pleasure to continue fighting Ryanair, Europe's Greatest Exploiter Of Young People....
I can also confirm TPG Capital, owned by Ryanair's CHIEF David Bonderman will be the next target for protest on 27th November which is Mr Bonderman's 70th  birthday...A day to remember ''DAVID''....

Posted by Europe's No 1 Anti Ryanair Campaigner John Foley.... at Tuesday, November 20, 2012 No comments: Links to this post

Posted by Europe's No 1 Anti Ryanair Campaigner John Foley.... at Monday, November 19, 2012 No comments: Links to this post

Exploiters Ryanair have gone public saying how well their charity calendar is going forgetting to tell us they are being sold on ebay for 4 times the price...Yet more scamming involving Ryanair who are Europe's Greatest Exploiter Of Young People wishing to become cabin crew...
Ryanair’s Cabin Crew Calendar  have raised over €500,000 for charity since 2008 whilst Easyjet have raised a massive £800,000 just in 2012..

John said,
Let us not forget the pressure and abuse Probationary Cabin Crew are under each Xmas at Ryanair from Michael O'Leary to sell this Calendar...It is clearly not CHARITY.....