ANDREAS LUBITZ AND GLOBAL PILOT SCAM THREATENING PASSENGER SAFETY.RYANAIR BEING THE BEST AT IT....

A brilliant article here from Clive Irving from the daily beast regarding pilots that all passengers must read then decide which airline you fly with.

Airlines in Europe push young pilots to the edge in a desperate struggle to live with huge debts as they fly without any job security. It’s enough to drive some mad, like the Germanwings flier who murdered 149 passengers.


Looming behind the actions of Andreas Lubitz, who deliberately flew himself and 149 others into a French mountainside a year ago this week, is an increasing body of evidence that something is seriously wrong with how young pilots are trained, recruited, and treated by many of Europe’s budget airlines.
Last week’s report by French investigators into the crash focused on Lubitz’s record of psychiatric problems and the failure of his family, colleagues, and the airline, Germanwings, to detect what some of his doctors already knew: He should not have been flying and, indeed, should have been hospitalized.
But the report gave brief attention to work pressures that probably contributed to his increasingly desperate state of mind—pressures that are felt by thousands of pilots as a result of how a number of airlines now treat them as a cost to be ruthlessly controlled and exploited rather than an indispensable asset central to the safety of flying.
It is now clear that, in addition to Lubitz’s medical problems, nobody detected or caught the part played by what the French investigators called the “socio-economic” pressures on his deeply troubled state of mind.
The investigators point out in their conclusions: “One of the explanations lays in the financial consequences he would have faced in the case of loss of license. His limited Loss of License insurance could not cover his loss of income resulting from unfitness to fly.”
And the European Cockpit Association, representing 38,000 European pilots, applauded the French report for recognizing the link between “employees’ socio-economic risks” and aviation safety and said that it needed to be “more in the focus of the aviation industry and European institutions.”
Indeed, in Europe nearly half of the pilots between the ages of 20 and 30 are flying without the security of being directly employed by an airline. Thousands of young pilots like Lubtiz often face a long chain of debt and financial stress.
Lufthansa, the parent company of Germanwings, charges students it selects for training a fee of 60,000 euros out of a total cost for training of 150,000 euros—Lubitz had taken out a loan of 41,000 euros to pay for his training.

But the costs of satisfying the ambition to become a pilot can be a lot higher than those faced by Lubitz.
The Irish budget carrier Ryanair, for example, unlike Lufthansa, pays nothing toward the costs of qualifying as a pilot, which can be as high as 130,000 euros before even getting into a Ryanair cockpit. All this occurs at an age when mortgages and new families frequently add to the obligations. Lubitz reportedly planned to marry his girlfriend.
At the core of this widely practiced regime are “bogus” employment contracts—a term used to describe how young pilots are hired through an agency, not the airline, as though they are self-employed contractors, thereby stripping them of normal professional employment security and benefits.
This practice (for various reasons not possible for airline pilots in the U.S.) is part of profound changes that are putting new stresses on pilots in Europe, including one that was cited in the French report on Lubitz: the high costs to students of learning to fly and the debts that they incur, often lasting for years.
“There are plenty of people ready to lend you the money to become a pilot, certainly in Europe, even though the job market is quite precarious in your first few years of flying,” Capt. Martin Chalk, the president of the International Federation of Airline Pilots’ Associations, IFALPA, told The Daily Beast. “I am aware of more than one airline where their recruiting and training programs are profitable to the airline. They don’t care if the pilot fails because they have made their profit from them anyway.”
The full extent of the stressful conditions facing pilots became clear only after work by researchers at Ghent University in Holland. In 2014, at the request of the European Commission, they set out to survey airline employment practices across Europe. More than 6,600 pilots, out of a total of around 65,000 in Europe, responded to the researchers, an unusually high response rate for a survey.

As for Ryanair,
bogus Pilot and Cabin Crew employment contracts are what keep Ryanair going.Profit being priority over safety.Employment law and legislation in Ireland is a joke which favors Ryanair.
Ryanair chief David Bonderman a US Billionaire is the mastermind behind Ryanair's success with Pilots and Cabin Crew generation multi £millions through a per hour rate of pay Scam which this blog has covered many times over the years.
We must also remember Liverpool based Pilot Mr Paul Ridgard who committed suicide in 2011 with Ryanair management heavily involved.Read below.
http://ryanairdontcarecrew.blogspot.co.uk/2011/06/paul-ridgard-rip-ryanair-first.html
and
http://ryanairbrookfielddontcare.blogspot.co.uk/2011/07/paul-ridgardrip-ryanair-pilotirish.html 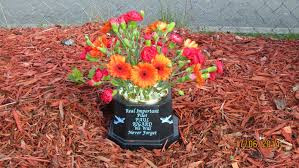 
TIME FOR US ALL TO BOYCOTT
RYANAIR

Posted by Europe's No 1 Anti Ryanair Campaigner John Foley.... at Friday, March 25, 2016 No comments: Links to this post

The three maydays in 2012 through low fuel at Ryanair clearly showed profit is priority at Ryanair.
Not only do Ryanair stoop so low as to push the on board charity scratch card scam as a way in helping poor sick children with cancer and giving under 1% of sales to charity,clearly profit is priority.
We know have Ryanair trying to profit from the Brussels attacks.
Ryanair today denied a Merseyside politician's claims it was “trying to make profit” from the Brussels attacks.See the report below.
http://www.liverpoolecho.co.uk/news/liverpool-news/brussels-attacks-ryanair-strongly-denies-11078062#ICID=FB-Liv-main

''Profit at Ryanair is priority''
with  Ryanair's management working very hard in charging people a premium price to get home from Belgium.Do not take Ryanairdontcare's word for it look at the comments from twitter

Brussels attacks: Ryanair charging British tourists in city £214 to get home Ryanair is charging of a group of 28 British passengers in Brussels nearly £6,000 in total to change their flights to this evening. The Belgian capital has been hit by two major…

Let us not forget the three Ryanair maydays in 2012 which was blamed on Ryanair saving money on fuel and the death of a Ryanair pilot Paul Ridgard in 2011.
Clearly showing Ryanair's priority is profit.

John said,
The public and politicians seem to be shocked that Ryanair don't care about people.Priority at Ryanair has always been profit at any cost.That is why Ryanairdontcare Campaign have been exposing many scams inside Ryanair with the Termination of thousands of new recruited cabin crew bringing in the most profit through the per hour rate of pay scam.