This is the Boat Race Protest..WAS IT RYANAIR PROTESTER ..IT WAS TRENTON OLDFIELD.. http://elitismleadstotyranny.squarespace.com/ CAMBRIDGE and OXFORD BOUT RACE...UNIVERSITY and COLLEGE..

Ryanairdontcare Campaign can confirm the protest today in the Oxford and Cambridge was not Ryanairdontcare Campaign..It was Trenton Oldfield's non-violent civil disobedience protest.
We must inform university and college students that Ryanair are recruiting for university and mainly college students taking travel and tourism, to join as Probationary Ryanair Cabin Crew for a summer period...This job opportunity has a training fee and is a scam...
In 2009 Ryanair spent a lot of time and money going into Southern College  in Ireland getting young students to join this recruitment scam and charging a large training fee........
Ryanairdontcare Campaign had contact with Southern College  in Ireland in 2010 to inform them of this policy to Recruit for Termination by Ryanair and it was confirmed by Southern College of this that they will not be involved again with Ryanair recruitment...
We must point out ''WARNING'' Ryanair use Crewlink,Dalmac,StJames Management and Cavok to recruit students.. 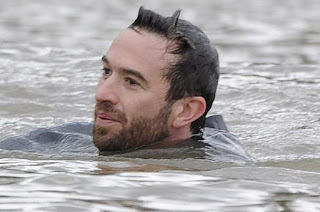 John said,
Never thought to do this protest which i must say had some great  publicity..Trenton Oldfield did a great non-violent civil disobedience protest today,elitist was his awareness.''to rule by an elite group...
here is his blog..  http://elitismleadstotyranny.squarespace.com/ .. Trenton stood up and was counted,congratulations...Civil disobedience is the only way sometimes.....
Posted by Europe's No 1 Anti Ryanair Campaigner John Foley.... at Saturday, April 07, 2012 1 comment: Links to this post

John said,
This DVD will show how Ryanair have damaged so many young  lives for profit and an insight into  Ryanairdontcare Campaign's full account of PROTESTS,court cases,emails and critical information which can not be mentioned until release of the DVD...Many Authorities,Governments and people involved within this Recruitment scam will be named and shamed..
It will have a special insight into David Bonderman to which not many people know, he is the Boss at Ryanair....
Let's exploit with Ryanair by Ryanairdontcare Campaign will be the biggest and best DVD in aviation history which is being made by a father who's 18 year old daughter was Recruited for the sole purpose of Termination at Ryanair...Ryanair will not be happy ...''Guarenteed''

If any person wishes to send more information which relates to Ryanair's recruitment or employment issues which can be added to this DVD they are most welcome..... Email  ryanairdontcare@yahoo.co.uk
or lfcheart@yahoo.co.uk  please label email  ''Let's exploit with Ryanair''. 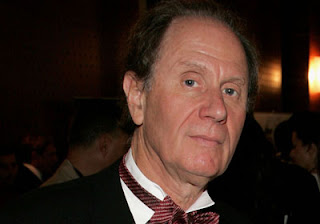 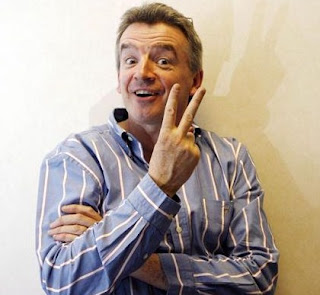 Posted by Europe's No 1 Anti Ryanair Campaigner John Foley.... at Friday, April 06, 2012 No comments: Links to this post

Ryanairdontcare Campaign can confirm that yesterday a National French TV Channel who may be looking at Exploitation of Young French Probationary Ryanair Cabin Crew paid a visit to Dalmac in Rush.
Dalmac are working with Ryanair and have set up a company called Workforce International who give Probationary Ryanair Cabin Crew contracts out and are involved with the recruitment scam...Full address below.
Dalmac Recruitment and Aviation,
Iona House,
Main Street
Rush Co. Dublin
info@dalmac.ie
We have been informed that Dalmac were very aggressive towards the French journalist as they were when Ryanairdontcare Campaign's founder John Foley paid a visit to their head office in 2011....Video below.
http://www.youtube.com/watch?v=07glwX5eJCY&list=UUAYCqhO5mjn4qxGOCScYVPw&index=8&feature=plcp

John said,
I can confirm Dalmac are only having recruitment days in Dublin in 2012 as a direct result of my protests at their UK recruitment days.....Last time they recruited in Liverpool i was there...Photo below.


Posted by Europe's No 1 Anti Ryanair Campaigner John Foley.... at Thursday, April 05, 2012 No comments: Links to this post

Above is the logo of a Campaign run by Robert Green....Ryanairdontcare  fully support this campaign below.
http://holliedemandsjustice.org/
Robert Green is a true hero in the true meaning of the word..He has been jailed for 12 months by the Scottish Judiciary for telling the truth...
Posted by Europe's No 1 Anti Ryanair Campaigner John Foley.... at Thursday, April 05, 2012 No comments: Links to this post

As you can see yet again Ryanair head office are very busy...We have two senior Ryanair management looking at our Blog....Ryanairdontcare Campaign feel it is important for our viewers to see what Ryanair exploiters are looking at on our blog....Click on the post to see what they are looking at...


John said,
How do i know it is not cabin crew looking at our Blog from inside Ryanair's head office...Cabin Crew are not allowed access to the Internet,they are restricted to view only work related items....
Posted by Europe's No 1 Anti Ryanair Campaigner John Foley.... at Wednesday, April 04, 2012 No comments: Links to this post

Ryanairdontcare Campaign has been sent this email below which is a warning to all Portuguese students wishing to become cabin crew....Stay away from Groundlink... Nome da Empresa: Groundlink, Lda.
Morada: Centro de Escritórios do Campo Grande (Lisboa)
Av. Brasil,1 1749 – 008 LISBOA PORTUGAL and also Cavok..


Hi John,
My name is ........  .......  and I am Portuguese. My husband applied for Ryanair and he was accepted, but everything seemed to be very strange after a while. Anyway, the need to get a job in a time of crisis and the opportunity it meant, lead us to follow their requirements. We've been talking and despite the fact we've already paid 1300 euros for accommodation and fees, I strongly feel he should not go for training (which starts next Monday) because:
they are inconsistent on giving details on requirements - they have even started to refuse a document from a non-European foreign embassy, which is completely illegal.
they are fast on asking money but slow on answering to crucial questions
they give different dates to pay or deliver documents
they are extremely impolite: I talked to a woman on the phone who I had to answer in a polite but bitter mood. She maybe thought I am a child or stupid and don't know what is a security vetting or laws.

I've seen your blog and it got me a picture of the worst - something I've already heard about before but I thought maybe some competitors were doing their disinformation homework. I've even asked to friends of mine from TAP (Portuguese airways) to cross check information, but they said they never heard about bad working conditions and scams. Now I am really starting to acknowledge it.

Do you think it is the right way, to quit even if loosing money at this stage? I think so but your opinion would be valuable.
I would gladly do any possible campaign to alert many other unemployed Portuguese people being robbed this way. Publicly, I can't do it. But i can spread the word to TAP people and even some government institutions.

John said,
I am so glad people in Portugal are seeing this recruitment scam by Ryanair...

Below is the Groundlink Logo who are part of the recruitment for termination... 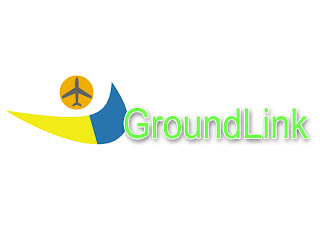 60% of New recruited Probationary Ryanair Cabin Crew are Terminated before 12 months most being Terminated before 6 months.
Remember
All airlines request a 5 year work record
TERMINATION COULD EFFECT YOUR CAREER  WITH OTHER AIRLINES.