Ryanair's on board charity scratch card must be investigated.Passengers need to know that a high % of profit from these cards are kept by Ryanair.With a high % of new recruited probationary cabin crew being Terminated for having low sales of this charity card.
Let us show you how much Ryanair could be making from this charity scam and what they have given to charity in 2013...
One of the main charities in Ireland is Jack & Jill Foundation who by the look of their website http://www.jackandjill.ie/ do a great job provides direct funding, to families of children with brain damage.Jack & Jill Foundation's CEO is a man called  Jonathon Irwin jonathan@jackandjill.ie  who is a former employee of RYANAIR....
A few questions have been sent to Mr Irwin on twitter @jjfoundation from @ryanairdontcare and still waiting for a reply.Mr Irwin did reply to a message to Greg and added us ( Greg Thks for that Have'nt met Michael in 5yrs ) as i stated Irwin was Michael O'Leary's mate in my last blog post.
Let us go to http://www.jackandjill.ie/who-we-are/corporate-partners/  were you will see Ryanair as a corporate partner.

RyanAir donate a percentage of the sale of their inflight scratch cards to the Jack and Jill Children’s Foundation.

As you can see above, a % of sales from these charity cards go to Jack & Jill Foundation,with the amount being hard to find as both involved will not say.

Ryanair's news on their website clearly states the cars given out plus the money given to charity in 2013 which we will look at below.....

With a total charity give out from RYANAIR in 2013 of  €55,000,
charity clearly begins at RYANAIR.....
Even if other prizes total €2 million
€14 Million still not give to winners or charities,who is laughing all the way to the bank... 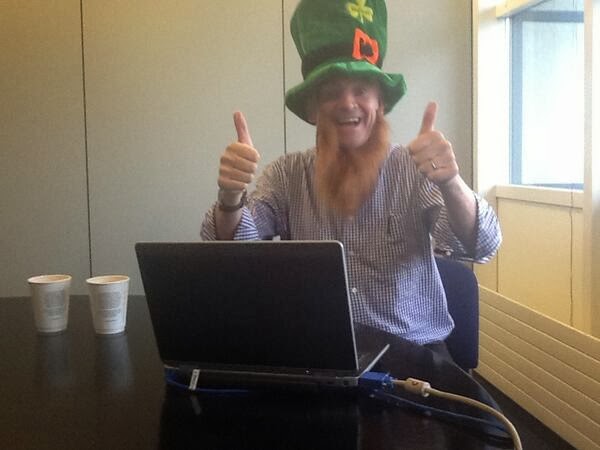 The sales on these scratch cards are held in a Bank of Ireland high interest account which generate thousands of €'s ..At every place in Ryanair money is made biggest being the profit Ryanair make on their Pilots and Cabin Crew.....

John said,
For this to go on the Irish Government must be involved.The photo below is the brain's behind the scams at Ryanair.David Bonderman of TPG Capital Michael O'learys boss who is responsable for the highest level of Termination of new recruited cabin crew at Ryanair for profit which involves over 10,000 young people.Mr Bonderman worked in civil rights for attorney generals office in the USA ''hypocrite''.. 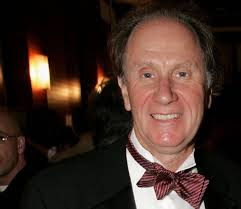 John said,
Great to keep Europe's greatest exploiters of young cabin crew busy checking our posts....
If the Irish Government can not see the corrupt way in which Ryanair use Brandforce (the company which runs Ryanair’s €2 scratchcard game) use this on board CHARITY SCRATCH CARD to make millions of Euro,they must be involved.....With only thousands going to charities, WAKE UP PEOPLE and stop buying these scratch cards.
PRIORITY AT RYANAIR IS PROFIT AT ANY COST...Do not be fooled that safety is... 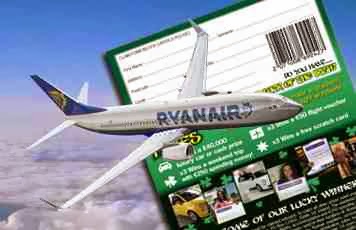 EVEN easyjet showing an interest in this below.

Posted by Europe's No 1 Anti Ryanair Campaigner John Foley.... at Tuesday, January 21, 2014 No comments: Links to this post 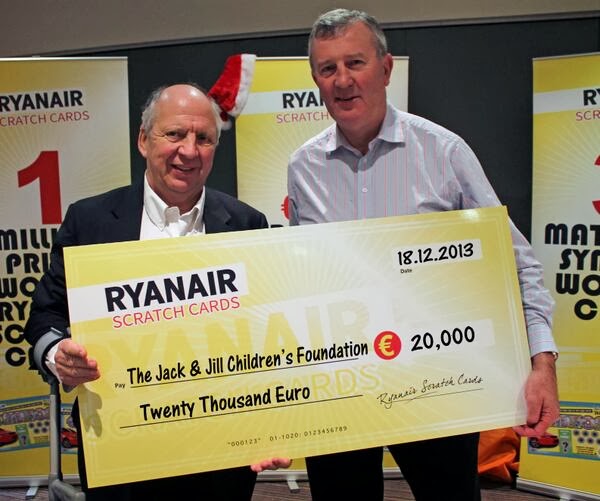 
The whole Ryanair scratch card charity must be investigated by the Irish Government,but do not hold your breath...MONEY TALKS......

John said,
None of  Ryanair  scams shock me....Cabin crew mainly new recruits are under so much pressure to sell charity scratch cards and are placed on report if sales are not enough.Millions each year are taken in sales on board Ryanair aircraft with only thousands given to charity.
Aviation authorities,airports and the Irish Government are fully aware of this charity SCAM but do nothing...As you can from the photo about,RYANAIR charity begins at home...
Time for all to boycott RYANAIR who have TERMINATED over 10,000 young probationary cabin crew whilst the Irish and UK Government sit by and do nothing...
Posted by Europe's No 1 Anti Ryanair Campaigner John Foley.... at Monday, January 20, 2014 1 comment: Links to this post