Over the last few days Ryanair have spent hours checking this blog.We hope it keeps you busy Mr O'Leary..Click below and see what Ryanair have been looking at

Posted by Europe's No 1 Anti Ryanair Campaigner John Foley.... at Thursday, July 16, 2015 No comments: Links to this post

Ryanair Scum Bag Michael O'Leary has broken his arm this week.Doctors told him to stop carrying so much money and start paying Probationary Cabin Crew and Pilots the right rate of pay. 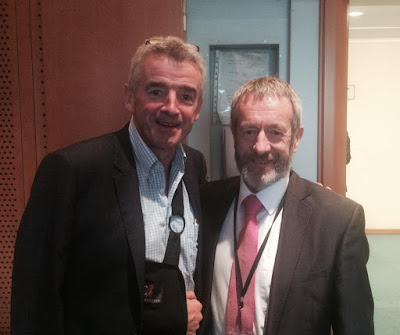 Posted by Europe's No 1 Anti Ryanair Campaigner John Foley.... at Thursday, July 16, 2015 No comments: Links to this post

Since may 2013 our sister Ryanair Pilot blog http://ryanairbrookfielddontcare.blogspot.co.uk/ has not been active for postings because it became very hard running two blogs with serious issues regarding all things wrong at Ryanair.We decided to concentrate on www.ryanairdontcarecrew.blogspot.com which has worked its way on Ryanair's first page on google ''DOOMED TO FAIL Mr O'LEARY''.
Our Ryanairbrookfielddontcare blog was visited today by the BBC..


Posted by Europe's No 1 Anti Ryanair Campaigner John Foley.... at Thursday, July 16, 2015 No comments: Links to this post

The Irish Government have been tracked on this blog today looking at the ''RYANAIR The Best In Creating Ownership Structures That Serve To Deceive''
and Ryanairdontcare Campaign have been saying for years ''IRISH and the UK GOVERNMENT Must INVESTIGATE'' Let us hope the Irish Government act NOW, better late than never.
Alleged 3rd party recruiters and training providers Crewlink Ireland and Dalmac/Fingal Language Institute operate at Ryanair shell companies and must be investigated.As well as Crewlink Ireland Ltd they must investigate
Workforce-International-Contractors-Limited
Dalmac-Language-School
Dalmac-Airlineservices
Dalmac-Aviation
Dalmac-Language
I.T.E.S. Limited
Dalmac-Language-And-Recruitment ..LIQUIDATED.
Dalmac-Recruitment
Dalmac-Recruitment-And-Aviation-Services
Dalmac-Stationery-And-Design
Dalmac-Training
which have made £millions from the exploitation of young probationary cabin crew.

No other airline charges (up to €3500) for training. You will also be charged €25 a month for your uniform. You only get paid for the time you are flying and you will be required, under pain of dismissal, to work several unpaid hours a day. There is no limit in the contract on the days you will be required to serve on standby for just €35 a day at the airport, and unpaid at home (when you will have to report within an hour, in uniform, of getting a phone call). Although you will get a contract, it does not gurantee you any minimum earnings and, despite signing it, the company you work for (an agency and not Ryanair) doesn't have to give you any work. Your chances of being employed direct by ryanair are very slim. Many kids don't get any work for weeks over the winter - all unpaid.
You have a minimum 10% chance (some say 30%, others more) of getting sacked before you complete your first year. You can be sacked for not selling enough on the aircraft. You can also get the sack for being sick. As many kids leave in disgust because of bullying as are sacked. They don't give you your last month's commission if you get sacked - the company keeps it. They may also deduct €1300 New Joiner's Fee from your last wage-packet plus any money owed for uniform, training, etc. I met a French girl in tears at Dublin airport after she was unexpectedly summoned from Brussels to be sacked. She got a phone call the night before to come to Dublin via Italy (the only flights Ryanair could arrange). There was no warning. She was expecting a last pay-cheque of €1500, she got €120. And the day she wasted travelling to Dublin via Bergamo and back was, of course, unpaid. If you are sacked - don't sign anything - you are signing away your right to sue them for wrongful dismissal.
There is absolutely no guarantee that you will be based in Dublin - you can just as easily end up in Poland.
Don't waste your money on this dreadful company. They have the greatest turnover of cabin crew of any airline in Europe.
Posted by Europe's No 1 Anti Ryanair Campaigner John Foley.... at Wednesday, July 15, 2015 No comments: Links to this post