Dutch science journalist Nienke Groenendijk was alarmed by the increasing number of unemployed young pilots in the Netherlands - approximately 1,300-1,400 - and decided to investigate how this could have happened. It soon appeared that a government owned bank has been lending huge amounts of money to almost every youngster with a dream of becoming a pilot. The bank and some flight schools lure the students with an expensive ‘safe warranty fund’, which is nothing else than security for the bank. These young pilots have debts from 150,000 to 270,000 euros and will never be able to pay this money back. The bank even gives loans for pay-to-fly constructions for low-cost airlines like Ryanair or Lion Air, therefore facilitating these unethical practices. Some of the unemployed pilots suffer serious mental problems. They are all desperate and the Dutch government does nothing to help them. Her book, named De vervlogen droom, explores the shadowy world of flight schools, banks and unsafe pay-to-fly practices and is fully supported by VNV-DALPA, the Dutch Airline Pilots Association.

John said,
This is very sad news that not only are cabin crew being exploited but pilots being left in so much dept with no way of paying this dept off and the ABN AMRO bank knowing there is no pilot jobs but continue to loan time and time again....
Dutch government /' ABN AMRO should be ashamed of the loan scam they are involved in,the very same scam as David Bonderman and Michael O'Leary started doing years ago on probationary cabin crew.At least we have a few people fighting this practice which seems to becoming more wide spread in aviation..Thank you to journalist Nienke Groenendijk who not only exposes this massive Dutch Government/Bank LOAN scam which is wrecking the young lives of wannabe Dutch pilots but also gave Ryanairdontcare Campaign a voice in this book... 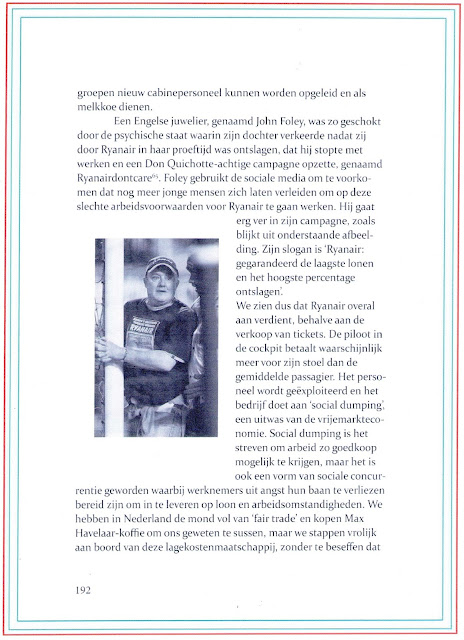 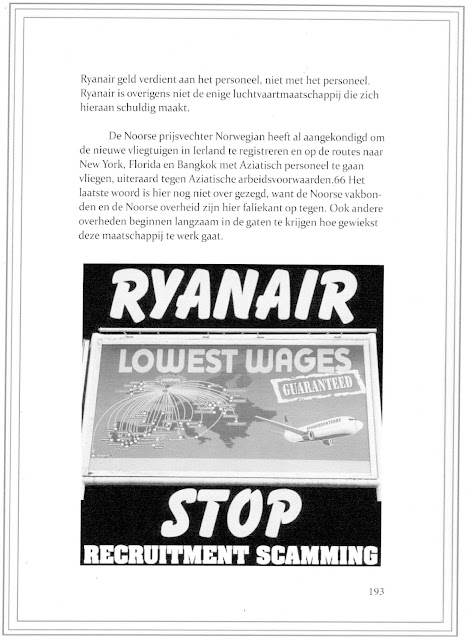 ABN AMRO chief executive officer Gerrit Zalm  was the longest serving minister of finance in the Netherlands..Mr Zalm Transparency and accountability in your loan dealings with young Dutch wannabe pilots must happen. 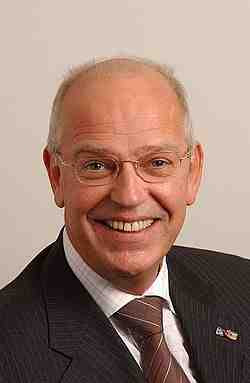 https://www.facebook.com/pages/Ryanair-Dont-Care-campaign-RYANAIRDONTCARE/327346637276632
Posted by Europe's No 1 Anti Ryanair Campaigner John Foley.... at Sunday, September 01, 2013 No comments: Links to this post