Article below is the real way in which Ryanair SCAM young people...By a 5 year    campaigner against Ryanair's Recruitment for Termination...

Would-be Ryanair cabin crew can pay nearly £2,600 for training, but still remain on probation for up to 18 months.
They are promised an exciting career ''Live the High Life'' and the chance to see "the world's top sights", but 60% of new recruits who pay the best part of £2,600 for training courses to join a company that supplies Ryanair with cabin crew end up TERMINATED and left i a foreign land,penniless with no flight home.
Those 60% of new recruits Terminated during their probationary period are still pursued for training costs by Daniels Silverman solicitors http://www.danielssilverman.co.uk/services.php?sid=5 while others with jobs are left angry by the working conditions and wages dictated by their contract. Now several have raised their concerns with third parties who have discussed their situation with the Observer.
The trainees are too frightened to speak directly to newspapers for fear that they may be pursued by lawyers for breaching their contracts,plus knowing Ryanair sending out bad references for future jobs, which they believe forbid them from talking to the media. But their decision to break their silence will focus further attention on Ryanair after its CEO Michael O'Leary promised to reform its "abrupt culture" and rein in its "macho" image all being a big publicity stunt by O'leary.
All Ryanair's probationary cabin crew (4000 at one time) are supplied through contract by Irish firms, Crewlink and Workforce International (Dalmac) which takes them on only after they have successfully completed a six-week paid training course.
Irish companies Crewlink and Dalmac  run Ryanair cabin crew training courses, but it also accepts recruits from a training school run by St James Management Services who are Ryanair who are based in Bishops Stortford and registered in Cirencester, Gloucestershire with M2 training http://ryanairdontcarecrew.blogspot.co.uk/2012/09/ryanair-cabin-crew-apprenticeship-m2.html
Those on the St James Management course pay £1,650 upfront, or £1,800 in instalments. Once the recruit starts working for Ryanair, Crewlink and Workforce International their employer, deducts £150 a month from their salary to cover the cost of the course if they chose to pay in instalments. But it has been claimed that thousands who go on the course,pay the training fees are TERMINATED during the probationary period, leaving them in a foreign land,no flight home,penniless and with a hefty training dept that Daniels Silverman solicitors chase. A Crewlink spokesman said: "The overwhelming majority of new recruits, over 95% pass the training course are charged the training fees  after 60% are TERMINATED under12 months.
Emails seen by the Observer reveal that St James routinely tells trainees it will instruct a debt-collecting agency (Daniels Silverman solictors) to pursue those with outstanding fees. According to the agreement, "successful participants must achieve an 85% or 90% pass rate in all their examinations throughout the course".
Crewlink and Workforce International contracts, seen by the Observer, is clear there is no guarantee of a Ryanair job but Termination is GUARANTEED. Those taken on by Crewlink and Workforce International are paid £13.39 before tax an hour in-flight pay.Flight pay meaning once the aircraft takes off they are paid with delays,1 to 2 hour briefings,cleaning aircraft and turn arounds adding up to 4 hours a day UN PAID.According to the contract that explains that staff can transferred from one Ryanair base to another "without compensation". In one contract seen by the Observer, the probationary period lasts for 18 months.
The contract also explains that cabin crew are required to work a number of HOME standby days each month (2 EACH WEEK when rostered ) whereby they must be available within one hour of being called in for work,which is UN PAID. Crewlink's contract makes clear that there are no company provisions for sick pay and cabin crew must pay £30 a month to rent their uniform for the first 12 months.Once TERMINATED the full amount of the uniform must be paid "The company can terminate your employment at any time (Termination memtioned 16 times in contract) by giving you the statutory period of notice," the contract dictates. It explains that "there is no notice period for those who have worked up to four weeks".
O'Leary last week took to Twitter to answer questions from Ryanair passengers as he is fully aware of Ryanair pilots having their first ever press conference https://www.facebook.com/ryanairpilotgroup2013 .But in a sign that the company is keen to change its image is a lie to protect the Ryanair share price,which is falling and he is being told by the Real Ryanair chief David Bonderman  to listen more to customers. However, he has said little so far about whether he sees any need to change the Recruitment for Termination Policy for those who wear the Ryanair uniform.
A Crewlink spokesman declined to comment on "inaccurate claims" about its contract. He added: "If people don't like our terms and conditions, they can and will be TERMINATED at any time."
Gillian Guy, chief executive of Citizens Advice, said it was concerned that many companies were asking their trainees to pay too much towards the cost of their training especially Ryanair with a large termination rate.

"Our advisers are increasingly seeing cases, in different sectors, where people are being charged for training, uniforms and travel with the promise of a job that never materialises," Guy said.
A Ryanair spokesman said: "Probationary Ryanair cabin crew start working for Ryanair but are contracted through third party providers so that Termination can take place with no people knocking at our door,except that farther of a Terminated girl JOHN FOLEY..  https://www.google.co.uk/search?q=RYANAIR+PROTESTER+JOHN+FOLEY&source=lnms&tbm=isch&sa=X&ei=IclsUs_3MsSc0AXs24HQCQ&ved=0CAcQ_AUoAQ&biw=1366&bih=621
Requests for a comment from John Mudge who has St James Management in his name went unanswered. 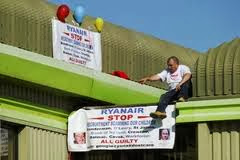 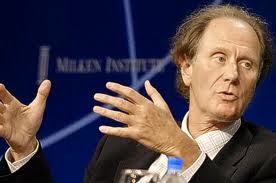 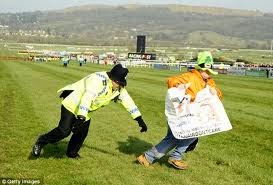 O'Leary used the same hat as me on twitter last week...See you soon Michael.... 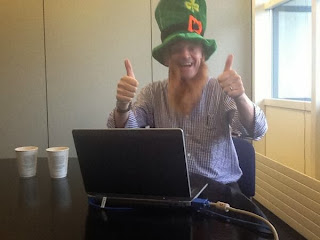 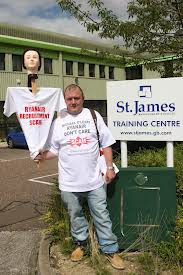 John said,
Ariticle in the Guardian only scratched the surface of this Recruitment for Termination policy at Ryanair which is wrecking the lives of so many young people..At least the word is out there more.Thank you  Jamie Doward
http://www.theguardian.com/business/2013/oct/26/ryanair-cabin-crew-training-fees?partner=skygrid

Nice to see the Guardian looking at the information on this blog...See tracking below...