Look at one of our post regarding Jonathan Irwin taking money off Ryanair who set up the on board charity scratch card with less than 1% of €20 million a year going to charity..Now we have Jonathan Irwin from Charity Jack &Jill Foundation using charity money for Seanad election in Ireland..
CHARITY cash is being used to help fund the Seanad campaign of the founder of Jack & Jill.
Jonathan Irwin has written to councillors, TDs and Senators seeking their support — using literature and envelopes bearing the J&J logo.
The envelopes are franked by the children’s charity so he doesn’t have to foot the bill for stamps.
And the sick kids’ foundation is also covering the cost of glossy leaflets and printed letters.
With more than 1,000 politicians eligible to vote in the Seanad election, one recipient of the letter estimated the bill at €2,000.
Cork city councillor Ken O’Flynn said: “These letters have been sent out to all of the councillors and the TDs, so when you take in the price of a stamp and printing cost it must come to more than €2,000.
“This is not a correct way to use charitable donations.” Mr Irwin...http://www.thesun.ie/irishsol/homepage/news/7028547/Jack-Jill-founder-Jonathan-Irwin-admits-donor-cash-spent-on-Seanad-lobbying-bid.html 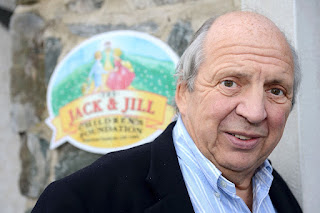 John said,
One of many stories this blog has posted about Jonathan  Irwin can be seen below..
Follow the money..The Irish Government turning a blind eye when Ryanair are involved.
http://ryanairdontcarecrew.blogspot.co.uk/2015/06/ryanair-on-board-charity-scratchcard.html
Posted by Europe's No 1 Anti Ryanair Campaigner John Foley.... at Thursday, March 31, 2016 No comments: Links to this post

RYANAIR PAY CABIN CREW ONLY €3.75 PER HOUR..DO YOU STILL WANT TO BE CABIN CREW AT RYANAIR.

The message below was sent today to Ryanairdontcare Campaign.
Ryanair set up a shell company called Crewlink Ireland Ltd to exploit young people all over Europe wishing to become cabin crew.Read this message below from a young Ryanair probationary cabin crew member and ask yourself
''Do you still want to be cabin crew at Ryanair''....


Good evening! I'd like to message you, as I am currently a Crewlink employee working for Ryanair and am COMPLETELY unhappy from day one of my training. I'm writing this using a different profile just in case I'm fired before I pursue action against them. I trained last year in appalling conditions. We spent 6 weeks in what can only be described as a modern day concentration camp! Through this time we were absolutely exhausted and weren't eating properly due to the lack of spare time and lack of funds (which we relied on family for as the company didn't care about us enough to find ANYTHING). We signed a contract after being given only 10 minutes to read through it, on the very last day of the training. After 6 weeks, I can tell you I was physically and emotionally exhausted, and after paying all the money is already paid, as well as the exhaustion, it was inevitable that I should sign the contract. We got to our base, and on the first day, had to have a tour of the base from base supervisors. These base supervisors, from the moment we met them outside the airport, were rude and in absolutely no way friendly towards us. This rudeness and very often ignorant attitude from them, has continued even up to this day. There are certain ones who, if you say hello in the crew room, they will ignore you as if you're not even there. We are paid only for flying hours, and nothing whilst on the ground. This means we can easily work a 12 hour day and be paid for just 7 hours work. There are home standby days, where we are paid absolutely nothing. And there are airport standby days, in which we are forced to sell bus tickets, tag bags to be offloaded etc. And are paid just €3.75 per hour (well below minimum wage). I am completely unhappy, but cannot resign until I have paid the money I owe to Crewlink for the training, and also the money I borrowed to make it possible to be employed by this company. I feel disrespected and feel that the work ethic of the company is totally immoral and wrong. Surely there are illegal things going on that can be stopped? Thankyou for reading this, A concerned cabin crew member.
Posted by Europe's No 1 Anti Ryanair Campaigner John Foley.... at Tuesday, March 29, 2016 No comments: Links to this post

AMPUTATED DAD RYANAIR MADE ME FEEL LIKE A SECOND-Class CITIZEN....

Dad who had both legs amputated claims Ryanair staff told him to CRAWL to plane on way home from holiday.. 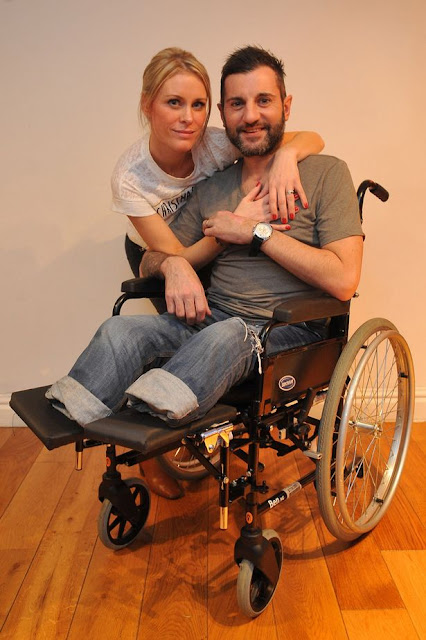 Matthew Parkes says he refused but was still made to feel 'like a second-class citizen' as he was stretchered on board.

Ryanair treated him like an animal - he wasn’t recognised as a person.Read full story below.
http://www.manchestereveningnews.co.uk/news/greater-manchester-news/ryanair-complaint-matthew-parkes-amputee-11096189
Ryanair said "We have received no reports from either the cabin crew or the PRM provider of any issues in assisting this passenger to his seat. As far as we can tell there is no truth to these claims and no complaints were made by this passenger or his two travelling companions to either our cabin crew or the PRM assistance provider.”
John said,
As you can see Ryanair will say this guy is a lier which is what Ryanair management say when they get caught out.
Posted by Europe's No 1 Anti Ryanair Campaigner John Foley.... at Sunday, March 27, 2016 2 comments: Links to this post