Groundlink of Portugal in association with Crewlink Ireland Ltd who are a front for Ryanair are concerned with low cabin crew recruitment levels in Portugal..
We have aviation forums in Portugal to thank for giving out this blog's information.
Ryanair are so concerned that you can see their latest interest in this Blog that relates to Portugal recruitment below.


Groundlink Address: Avenida do Brasil 1, WTC Lisboa City: Lisboa/Madrid Area: Portugal must be boycotted by any student in Portugal wishing a career as cabin crew...


Posted by Europe's No 1 Anti Ryanair Campaigner John Foley.... at Saturday, June 28, 2014 No comments: Links to this post

Friday 20th June 2014 Ryanair exploiters started their two day cabin crew recruitment drive at Manchester airport.The Bewleys Hotel is a favourite place for Ryanair.
Ryanair have not recruited in Manchester since 2012 after Ryanairdontcare Campaign protested inside the hotel with six students not joining as a direct result of our presence.
See our youtube video here.  https://www.youtube.com/watch?v=7wxYpcDC0A4
Today i gave out 27 of our business cards directing students to this blog and most of these students informed me that they are aware of Ryanairdontcare Campaign and are using the day as experience for airline interviews.This is great news that young people are using the Internet to see the real way in which Ryanair abuse new recruited cabin crew .
I stayed for one hour outside of the hotel before Ryanair contacted the airport police to remove me.
I must say in the six years of protesting against Ryanair recruitment i have come in contact with over 100 police officers most not being very nice to me.Today was a different story, P.C Clark 1801 from Manchester airport police was a credit to his uniform..See the video below soon..
https://www.youtube.com/watch?v=t2aztWxWLwI&list=UUAYCqhO5mjn4qxGOCScYVPw

Cards given to students 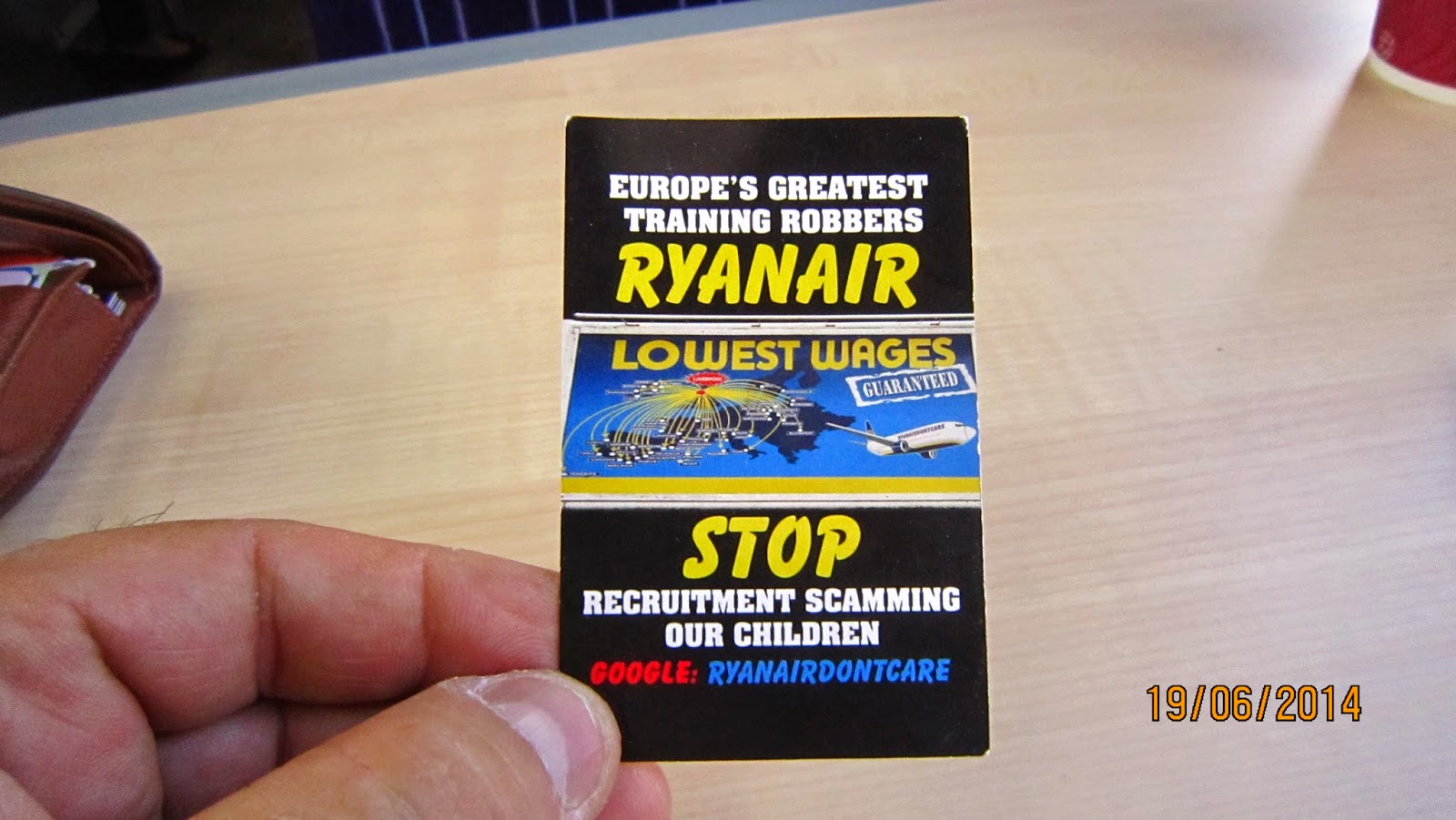 Saturday 21st June 2014 Ryanair exploiters started their second day cabin crew recruitment drive at Manchester airport.The Bewleys Hotel.A very low number of students (17) were in attendance.
On arrival at the entrance of the Bewleys hotel ,standing on public land, i was confronted by a very large man running towards me in shorts and t-shirt.For about 5 minutes this large man verbally abused me and told me he was getting me arrested.ARRESTED for giving out leaflets above!..I ask him who he was but he refused to tell me.
The arrival of a police officer made this large man speak in a lower tone.This man i was informed by the police officer was a staff member of the Bewleys hotel,hope he never talks to his customers in this way.
After about ten minutes i informed this nice police officer that this large man was harassing me which was coursing me alarm and distress.At this point the large man was talked to by the police officer and walked back to the hotel.As this large man walked past me he shouted ''are you not suppose to be at a football match John'' his reference to my football protest in 2012.
https://www.youtube.com/watch?v=QR4PM1P0bQY


Yet again a very small turn out for the 2nd day of the Ryanair cabin crew recruitment in Manchester's  Bewleys hotel.17 students were in attendance all receiving our leaflet. 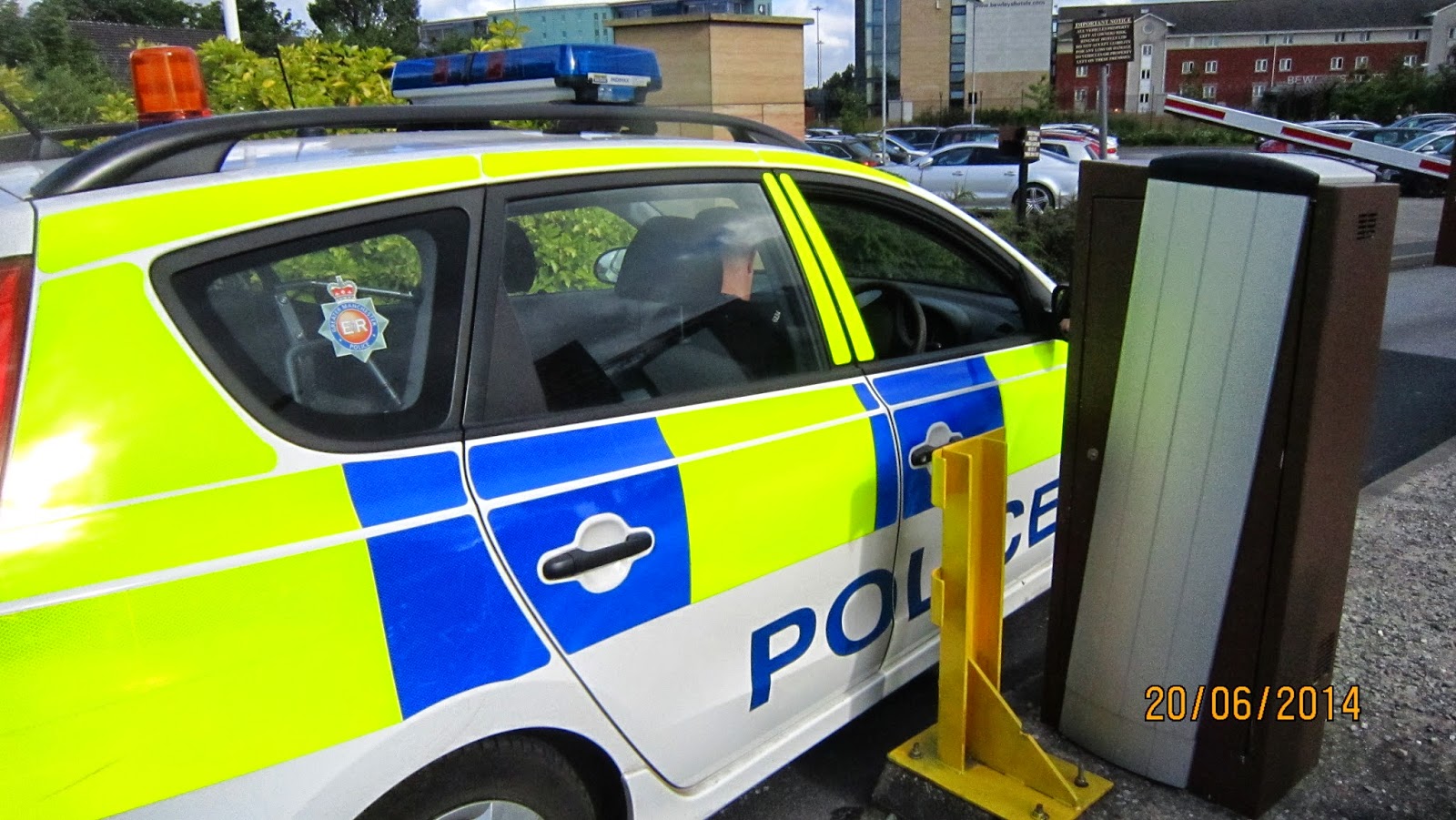 Special sign below greeting all who attended the two day Ryanair recruitment drive . 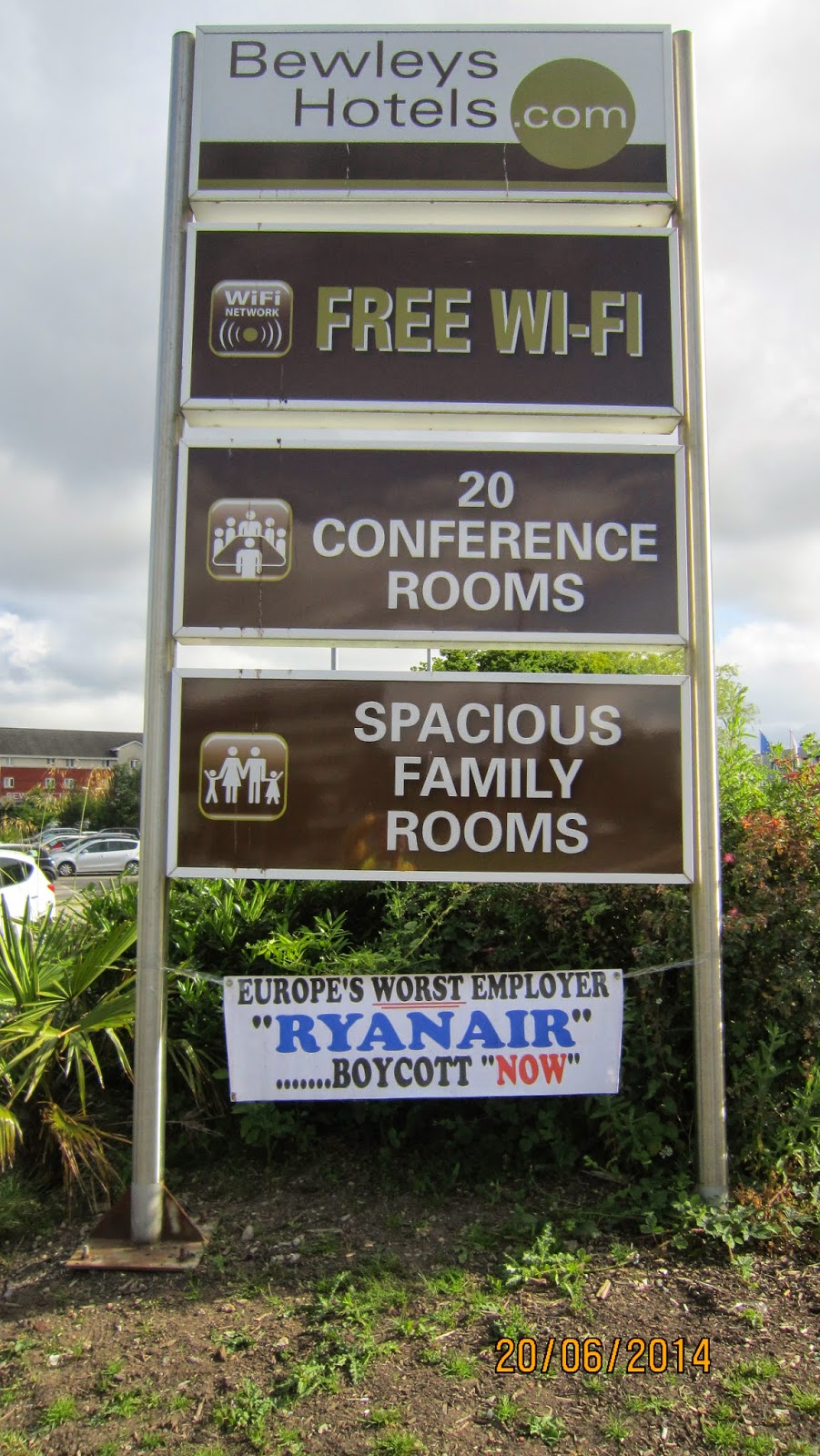 John sais,
Even though this Ryanair recruitment drive was low in attendance, one young person being exploited by Ryanair is to many.Let us hope young people will continue to boycott joining Ryanair  as cabin crew...
Final message to Mr David Bonderman & Mr Michael O'Leary..
''DOOMED TO FAIL''

Want A Future In Aviation As Cabin Crew
''BOYCOTT RYANAIR''

One of many of our banners 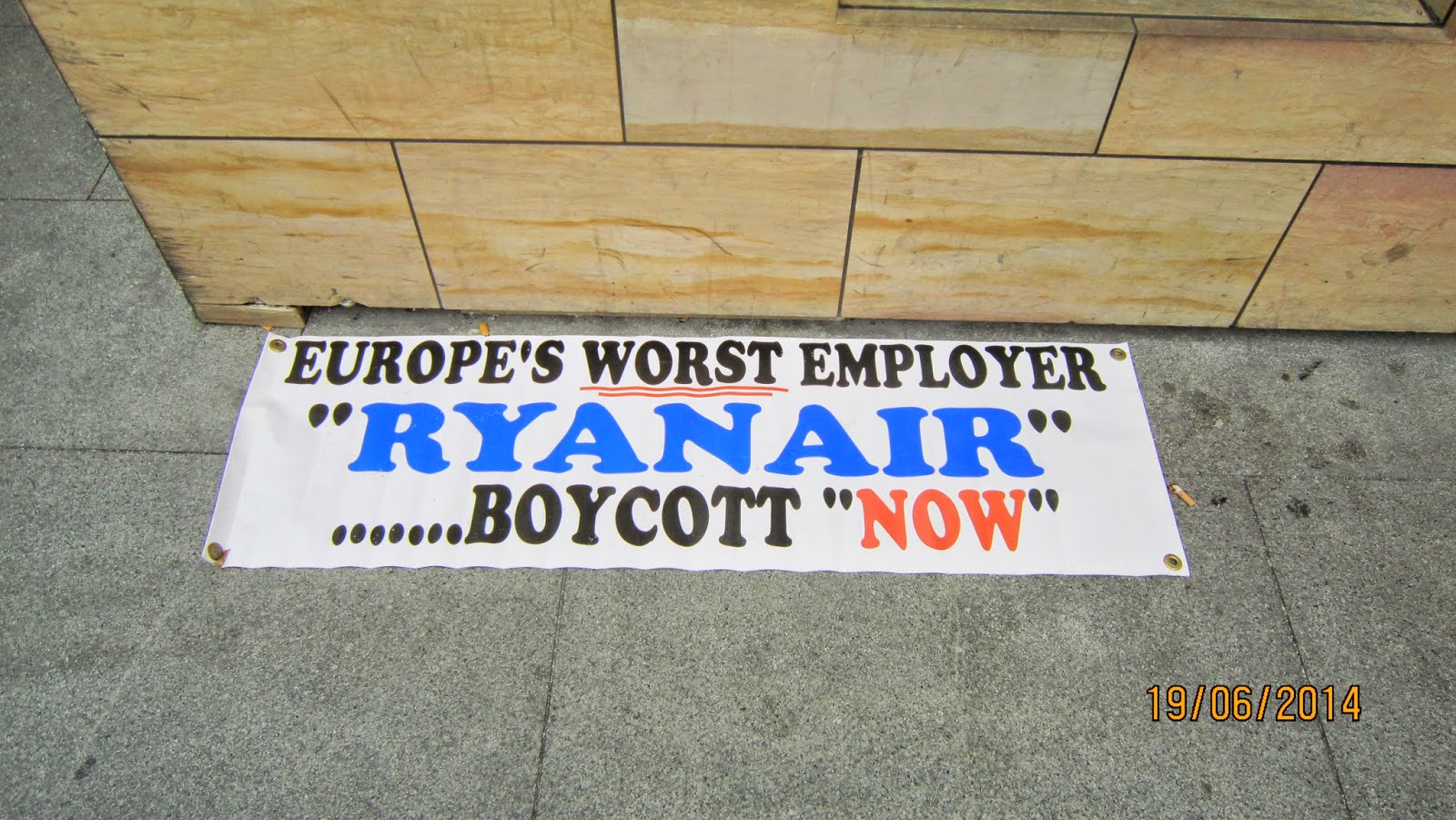 Posted by Europe's No 1 Anti Ryanair Campaigner John Foley.... at Monday, June 23, 2014 No comments: Links to this post