RYANAIR Today celebrated 30 years in business at Dublin Airport with a publicity car. 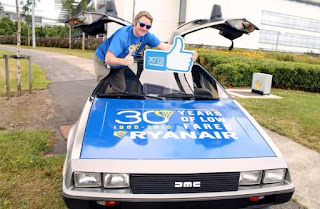 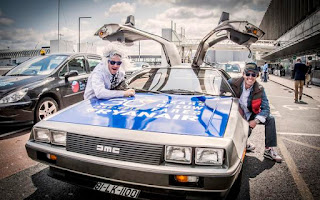 RYANAIRDONTCARE celebrated at John Lennon Airport being on Ryanair 1st page on google. 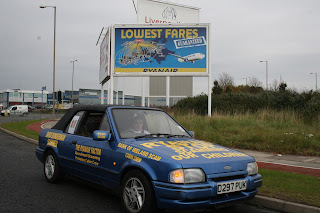 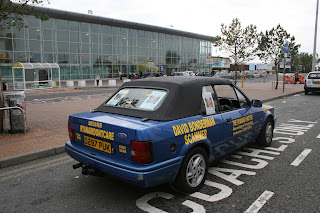 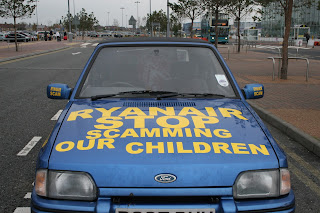 WHICH CAR IS THE BEST
Posted by Europe's No 1 Anti Ryanair Campaigner John Foley.... at Wednesday, July 08, 2015 No comments: Links to this post

Out of 24 .6 million post regarding Ryanair on the google search engine we are please to inform the Ryanair chief David Bonderman TPG and Michael O'Leary that Ryanairdontcare Campaign has been listed at number nine on the first page.This is clearly a great achievement which has took six years and a big thank you to all involved in spreading the word regarding ''Ryanair being the No1 exploiter of young people wishing a career in aviation as cabin crew''.
In many correspondences from Mr O'Leary  over the years and a personal meeting with him, O'Leary continued to say ''your Ryanairdontcare Campaign is doomed to fail Mr Foley'' yet again you are proved wrong.Ryanairdontcare Campaign will continue to be a thorn in the side of Ryanair...
John said..
REMEMBER THE NAME Mr O'LEARY...Sarah Foley aged 18...

John said,
Can you see John Ryanairdontcare above in the 9th post of 24.6 million..WOW...

Posted on February 1, 2012 by You F'Coffee Sir
There we were curled up last night watching bonus and unexpected Tuesday night Match of the Day, when a strange thing happened. A fella at the Everton v Man City match ran on just before half time and handcuffed himself to Joe Hart’s goal post. All very interesting, quite unusual and exciting.
While we were engrossed in seeing the police trying to free him and cart him away, Jue noticed that he had a t-shirt on with something about Ryanair on the front, but it was too small to see clearly. We just had to google and find out more. Well… This chap John Foley is a regular protester against all things Ryanair and this is not his first attempt at publicity. He has previously ran out in front of race horses on the home straight at the Ryanair Chase (and could have been killed when you see the footage) and also got himself up on the roof of the Crowne Plaza at Liverpool John Lennon airport and stayed there for eight hours. And no, he is not a disgruntled passenger for once. He is the dad of a sacked Stewardess!
As there are two sides to every story, and this is an intriguing one, we include a video of John’s reasoning as to why his protest has continued for nearly four years. He often chooses events where Michael O’Leary is present, apparently he was in the stands for the game last night. If indeed he brings to public notice the fact that after paying for training a considerable amount of both Pilots and Crew have their contracts terminated, and this proves to be a money making issue for Ryanair and Crewlink who provide trained Crew for them, then it will indeed be a scandal and he will have done our industry a huge favour. We personally make no bones about the fact that we find Michael O’Leary utterly reprehensible and it isn’t hard to believe he would work a thing like this in to his business plan.
On the other hand Ryanair have previously stated that the reason daughter Sarah was finished was due to her time-keeping and non-attendance during her probationary period. They were very keen to point out that she didn’t actually “work” for them but was agency staff provided by Crewlink. As an airline they do love to separate themselves from any real employer/employee connection, because quite simply the money saved on each individual will be immense over the course of their employment. This has long been their policy.
We have readers and friends who work for Ryanair (perhaps not directly though) and it would be great to get another opinion about what flying for them is really like. Anything you’d like to add, correct us on or rant about, please do! This is fascinating stuff! x 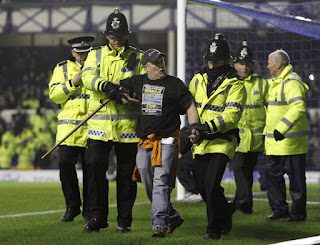 
Look who have been tracked all over last post in minutes.

A spokesperson for Ryanair said: “We don’t comment on social media nonsense, nor do we comment on individuals.”
The comment by Ryanair is a lie which is no surprise.The Ryanair comment was sent to all Ryanair crew regarding this incident.Disciplinary procedure is taking place regarding this ''social media nonsense'' Ryanair's words not ours.See the Ryanair memo from Scum Bag Eddie Wilson  below. 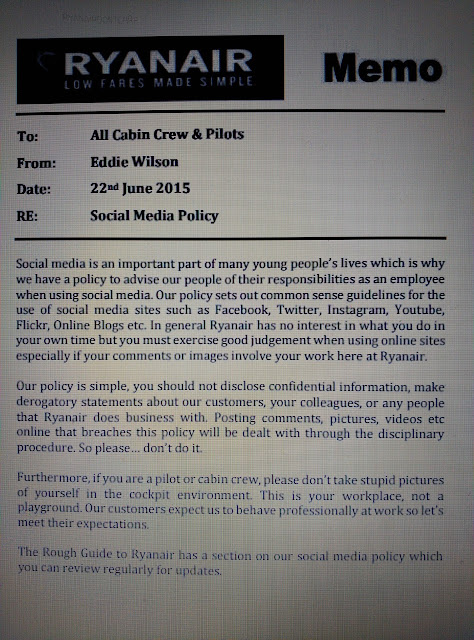 TIME FOR US ALL TO BOYCOTT RYANAIR

Look who have been tracked all over this post in minutes.