Sit down, Relax, sign up to a Ryanair Agency..
As long as your aware because this job isn't free..
It's cost 3000 euro just for you to train..
Watch out, Watch out because they play you like a game..

You've passed ,your trained and now your guaranteed a job..
But Ryanair Don't Care as there just on the rob..
After a few months it starts to go down hill..
You hardly get any salary and your last month you get nil..

Flying in the sky you think your job is really cool..
But then the day comes when they treat you like a fool..
You then receive a letter in your pigeon hole
To ask you  to come to Dublin and there your on your own.
Ryanair say your no good at selling and termination is all they know..

Your hurt,your scared..and you think Ryanair aren't fair..
Now it's time to log onto Ryanairdontcare..
On this site you'll find everything you need to know..
Then you will realise that Ryanair is a no show..

Ryanairdontcare will help you, through this rough time..
Now let's spread the news that Ryanair is a crime..
We will all join together and we will have our say..
This campaign wont stop as we will fight them all the way..

Mr David  Bonderman ,he's the man behind the SCAM..
And the other one is O'Leary who's Bonderman's write hand man..
They shatter people's dreams and they don't really care..
Your just another number and your future's ruined in the air..

John said,
We are looking for a person to record this song for us..This song will be used to promote our new website and will have a world wide audience...If you can help please contact John  email- jonnyjade@yahoo.co.uk
Posted by Europe's No 1 Anti Ryanair Campaigner John Foley.... at Friday, May 11, 2012 No comments: Links to this post

Dalmac ,Iona House Main Street  in Rush has no recruitment days as a result of pressure from Ryanairdontcare Campaign...
We also can confirm that the training date in May 2012 for Ryanair cabin crew training in Rush has been cancelled.....
We at Ryanairdontcare Campaign have important information about Exploiter Anne McCrudden who has Dalmac,Workforce International in her name and is working with Ryanair to Exploit young people,mostly Eastern European students into working at Ryanair,with salary deductions and Termination put in place for profit, which will be posted soon.....

John said,
Are you watching McCrudden....
Posted by Europe's No 1 Anti Ryanair Campaigner John Foley.... at Friday, May 11, 2012 No comments: Links to this post

Ryanair attendant injured after falling 3m from rear door of jet....RYANAIR MANAGEMENT CALL IT A MINOR INCIDENT,THEY NOT INTERESTED IN CREW SAFETY...Ryanair priorty is Profit and not the safety of crew members


Ryanairdontcare Campaign can confirm a young Probationary Ryanair Cabin Crew member fell from the rear of a Boeing 737-800 at Gothenburg’s Saeve Airport in Sweden.This young crew member who was one of 4000 Probationary Ryanair Cabin Crew members who are exploited on every flight.These Probationary Cabin Crew members are contracted through so called third party providers of Cabin Crew.
This young Probationary  Ryanair Cabin Crew Member would have been paid less than 20 euro for this flight from Gothenburg’s Saeve to Stansted and will have no welfare benefit which means no sickness payment will be received after this very sad accident....We must point out the reply from Ryanair is quite sickening “Ryanair operates over 1,500 flights per day and does not comment on minor incidents.”
How can falling from an aircraft onto a concrete floor at an airport be MINOR.
A message to Ryanair's Michael O'Leary, best wishes and wishing this crew member a full recovery would be in order.

Irish Times Article below
-------------------------
A Ryanair cabin crew member is recovering in hospital in Sweden after she fell about 3 meters (10ft) from an aircraft yesterday.
The incident, at Gothenburg’s Saeve Airport, happened at about 11am while the female attendant was standing at the rear door of the Boeing 737-800 which was preparing to depart for London’s Stansted airport.
Boarding of passengers had been completed and the mobile stairs had just been removed when the incident occurred.
It is understood the woman was closing the door when it was caught by a gust of wind and flew open. It is thought she may have been holding the door handle and was pulled from the aircraft.
Emergency services found the woman on the ground with a head injury. She is said to have been able to communicate with medics. She was taken to a local hospital but the extent of her injuries was not known last night. The flight continued to London after several hours but with only three flight attendants.
A Ryanair spokesman said: “Ryanair operates over 1,500 flights per day and does not comment on minor incidents.”

John said,
We all at Ryanairdontcare Campaign wish this probationary cabin crew member a full recovery and please make sure a full report is taken into this accident.If any friends from Sweden view this post can you please keep me informed at  ryanairdontcare@yahoo.co.uk .These Cabin Crew Member's who continued this flight would have suffered emontionally at seeing their work colleague getting injured but would have been made by Ryanair to continue to work...Ryanair priority is Profit and not the safety of crew members...
As you can see from the comment from Ryanair senior management, they do not care about crew one bit.
Shame on you O'Leary and Bonderman....
A fall from an aircraft can be fatal  http://www.todayszaman.com/news-277835-onur-air-pilot-dies-after-falling-onto-apron.html
Posted by Europe's No 1 Anti Ryanair Campaigner John Foley.... at Wednesday, May 09, 2012 2 comments: Links to this post

Ryanairdontcare Campaign are sorry to say that a young Probationary Cabin Crew member at Ryanair who has not long worked at this Exploited airline,has fell from the aircraft and is hospitalised.
Full story below
http://ryanairdontcarecrew.blogspot.co.uk/2012/05/ryanair-attendant-injured-after-falling.html
and are Ryanair bothered....?????

John said,
I hope this young probationary cabin crew member fully recovers from this fall and would hope the authorities would have a full enquiry into this accident.Stress and fatigue is at a high level at Ryanair .......
A fall from an aircraft can be fatal  http://www.todayszaman.com/news-277835-onur-air-pilot-dies-after-falling-onto-apron.html
Posted by Europe's No 1 Anti Ryanair Campaigner John Foley.... at Wednesday, May 09, 2012 No comments: Links to this post

RYANAIR DALMAC And WORKFORCE INTERNATIONAL CONTRACTORS Will SCAM YOU...........

Ryanairdontcare Campaign founder John Foley sent an application to Dalmac in Rush,Ireland.As you can see they are reviewing John's application for his next step to an exciting new career as cabin crew....

John said,
This is such a SCAM and do not pay Dalmac any of your money....
As Dalmac will tell you, successfully complete the Dalmac Cabin Crew Training Course you are
GUARANTEED employment with Workforce International Contractors...
Ryanair informed Dalmac to open a company called Workforce International Contractors who are all part of the Recruitment for Termination SCAM at Ryanair....Do not be fooled...
This is Exploiter Anne McCrudden below who has both Dalmac and Workforce in her name. 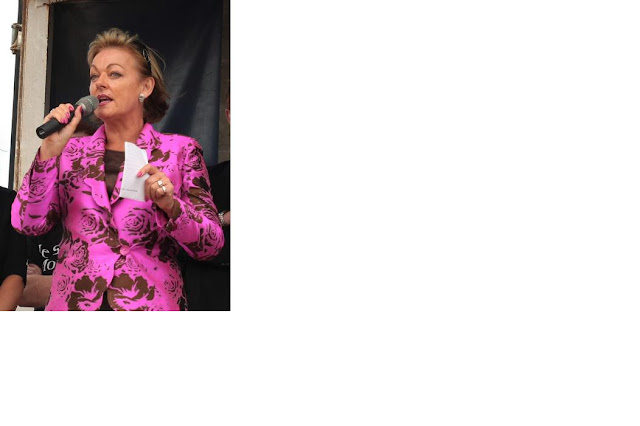 Dalmc/Ryanair training course for May 29th  has been cancelled as a low recruitment drive is in place THANKS to Ryanairdontcare Campaign..

Posted by Europe's No 1 Anti Ryanair Campaigner John Foley.... at Monday, May 07, 2012 No comments: Links to this post

This document below comprises an Editorial and an article from Ireland on Sunday,
Ryanair's shame

THIS NEWSPAPER has always admired the Ryanair success story.  Michael
O'Leary took on European protectionism and a car­tel of flag-carrier
airlines that, between them, fixed ridiculously high prices for air travel.
In doing so, he opened up the skies to mil­lions who had never flown before
and, more than anyone, has made hopping on a plane about as mysterious as
taking the bus was for a previous generation.
But, in doing so, he must be careful to maintain basic standards of decency.
Today, we raise questions about employment prac­tices for Ryanair cabin crew
which, although legal, reek of exploitation.
While we all want cheap fares, do we really want them on the back of Eastern
European crew members working for as little as ?15 a flight?
Surely not. The way these people are recruited, trained, tied in to bank
loans, con­tracted out and denied a basic salary seems little more than a
form of bonded slavery. If that is the real price of a cheap flight, then -
in our opinion - it is not worth it.