John said,
With a high % of visitors to my Blog young people wishing to become cabin crew it gives me great pleasure knowing Ryanair 's ''LIVE THE HIGH LIFE'' recruitment moto has at last been seen as what it is for real, recruitment for termination policy wrecking young lives all over Europe for profit by RYANAIR.
I can CONFIRM in 2013 a website will be going live which will replace this Blog and Google/Ryanair will have no control in deleting posts..This website will have many features which will upset Ryanair ''GREAT'' and help young terminated probationary cabin crew more with FREE flights home for any Terminated Probationary Cabin Crew member penniless,stranded aboard by Ryanair/Crewlink/Workforce...
I wish to thank all who have helped spread the word Ryanair are Scamming young people and continue to do so..
In Solidarity
John Joseph Foley
xxx

Posted by Europe's No 1 Anti Ryanair Campaigner John Foley.... at Saturday, December 01, 2012 No comments: Links to this post

Today 27th November 2012 is Ryanair's CHIEF David Bonderman's 70th Birhday '
Liverpool Solidarity Federation have joined up with the Ryanairdontcare Campaign to participate in a communications blockade of Bonderman's TPG's London office.
We can confirm early today TPG office in Australia and Japan were monitored on this blog..

Dear Sir Paul McCartney,
My name is John Foley from Liverpool who set up the Ryanairdontcare Campaign which helps young probationary cabin crew that have been exploited by Ryanair.
Last Saturday it was publicised that a concert took place in Las Vegas which involved you playing at a private party for Mr David Bonderman from TPG Capital.
I am sure you may not be aware of the fact that David Bonderman is chairman of Ryanair and he is responsible for setting up employment contracts which clearly exploit young people wishing a career as cabin crew.
All charged a training fee of up to 3000 euro with up to 60% of new recruits terminated before any employment protection comes into place.We are talking about thousands of young people being abused in this way.I must also point out that once Termination takes place these young cabin crew members (start at 18)are left penniless abroad with no flight back home to their family.
Their last months salary is frozen once Terminated by Bank of Ireland at the request of Ryanair with most being kept by so called agents.
You might think how do i know this,it happened to my 18 year old daughter Sarah in 2008 and after some research many young people treated the very same way contacted me which led to Ryanairdontcare Campaign being set up.
I thought you needed to know about Mr Bonderman.
Thank you for your time.Please confirm  email.was received.
Kindest regards
John Foley
www.ryanairdontcarecrew.blogspot.com

Dear John,
Thank you for your email.
I will endeavour to make Paul aware of your concerns.
Best
Sert

John said,
Wish to thank Liverpool Solidarity Federation and all the people who are making this communications blockage possible..

Below Irish President Michael Higgins  Told About Bonderman The Exploiter Of Young People.


Posted by Europe's No 1 Anti Ryanair Campaigner John Foley.... at Tuesday, November 27, 2012 No comments: Links to this post 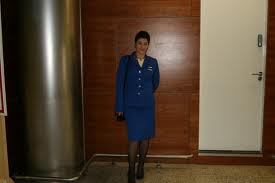 On 26th November 2008 the life of a young person Sarah Foley changed forever.As Probationary Cabin Crew at Ryanair  her young life changed for forever.
Today 26th November 2012  is 4 years since Sarah was Terminated for profit by Europe's Greatest Exploiter Of Young People ''RYANAIR''....


What happened to me at the hands of Ryanair was very upsetting and i was devastated. I did not eat or sleep for five days I did not get another job until the year after.
I  applied for a job at Barclay's Bank and passed the interview stage to then receive a phone call to say that I had received a bad reference off Ryanair. This was due to the fact that my dad had started a campaign of protests, which is why they gave me a bad reference. Looking back on my experience with Ryanair I was hurt and very upset as cabin crew was my dream it took me a while to get over what they had done to me. Those days I was in Dublin alone with no money was the worst days of my life I was scared  and how would my parents feel. I don't regret joining Ryanair as I now know what they are doing to other young people which my dad is campaigning about and in the long run this experience has taught me that you can not judge a book by its cover you have to read it all to know the facts. I am not alone as its happening to a lot of young people every year. To this day it still affects me as it worries me that it could again stop me from getting a better career. The one good thing that came out of my experience with Ryanair is that I am a stronger person today as I am a firm believer in what doesn't kill you makes you stronger.

Governments in the UK and Ireland can turn a blind eye but Ryanairdontcare Campaign will never  and will continue the fight till the end.... 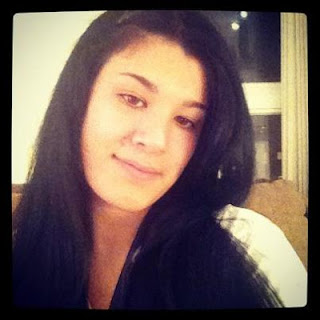 Posted by Europe's No 1 Anti Ryanair Campaigner John Foley.... at Sunday, November 25, 2012 No comments: Links to this post