Many people all over the world are aware of the 007 films which have made Daniel Craig a worldwide movie star.Daniel Craig rubbing shoulders with billionaires,famous people  and sometimes royalty.
One of the billionaires Daniel Craig was happy to pose for at a premier was Ryanair's David Bonderman who has been the chief at Ryanair since 2004.
David Bonderman is the chief exploiter of the Ryanair cabin crew workforce, who started off at the US attorney generals office in civil rights.You might ask how can a person involved in civil rights be involved in exploitation.David Bonderman is a billionaire and co founder of a company called TPG capital (see article below) who are involved in a lawsuit in the US regarding one of their executives  Adam Levine, who had been an assistant White House press secretary under President George Bush in 2002-2003

The exploitation of young cabin crew at Ryanair seems to have spread from the TPG chairman David Bonderman as you can see from the lawsuit filled in US below.
https://securitiesdiary.files.wordpress.com/2014/11/complaint-in-levine-v-tpg-capital.pdf
In 2013 this blogs Ryanairdontcare Campaign was responsible for getting David Bonderman in a UK main stream newspaper for the first time, which relates to the exploitation of young cabin crew at Ryanair which can be seen below under the heading ''WHILE SECRETIVE BOSS THREW £3MILLION PARTY''
http://www.dailymail.co.uk/news/article-2396285/Ryanair-Bonuses-catching-excess-baggage-pushing-e-cigarettes.html
David Bonderman is responsible for wrecking thousands of young cabin crew careers at Ryanair for profit.Termination of new recruits being up to 60% with the per hour rate of pay SCAM the main reason for these terminations.So many SCAMS involved at Ryanair with David Bonderman being the brains behind them.He is the chief so the blame is clearly at his door.Suicide and serious depression are involved..Time to Boycott Ryanair.
Daniel Craig and Scum Bag David Bonderman 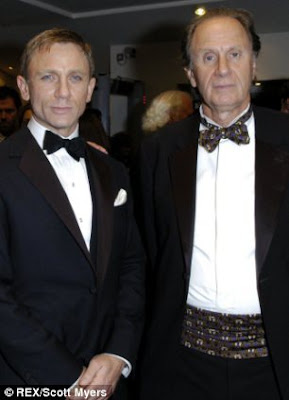