Ryanair defend themselves over claims in-flight charity scratch cards are an 'utterly cynical' way to make money in independent newspaper in UK,,Ryanairdontcare Campaign say publish figures of sales then Mr O'Leary..One Father with One Mission to expose the exploitation of young cabin crew at Ryanair ''GUARANTEED''.BOYCOTT THE RYANAIR CHARITY SCRATCH CARD ''NOW ''

Ryanair defend themselves over claims in-flight charity scratch cards are an 'utterly cynical' way to make money in independent newspaper...A spokesperson for the airline said the claims were 'fanciful and inaccurate guestimates'... As you can see below this is the second story on Google search engine ''Ryanair news'' which is perfect.''Doomed To Fail'' Mr O'Leary.

The Independent‎ - 10 hours ago
Ryanair has dismissed claims it misled passengers over its charity scratch card scheme ... 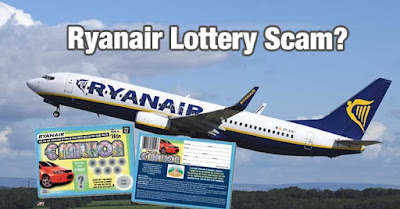 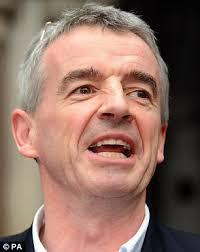 Above are the two main people who are the brains behind the Ryanair on-board charity scratch card Scam.Ryanair chief David Bonderman and CEO Michael O'Leary.

This scam which was exposed by Ryanairdontcare Campaign is only a small Scam going on at Ryanair.

The recruitment for termination of thousands of young cabin crew,which is generating 100's of £millions  for the two men above through the per hour rate of pay Scam which involves,Crewlink Ireland,Workforce International (Dalmac) and The Bank Of Ireland.

Depression and suicidal thoughts of these terminated cabin crew at Ryanair are a result.A full investigation is needed into the recruitment set up of Ryanair with shell companies Crewlink Ireland and Workforce International (Dalmac).

Ryanair have many scams which generate vasts amounts of money which may be expected in business but the exploitation of young people wishing a career in aviation as cabin crew is NOT excepted and Ryanairdontcare Campaign is coming to the 7th year this month and 2016 will be a better year.In a two year period Ryanair's CEO scum bag Michael O'Leary would write to me a few expressing ''Your Campaign Is Doomed To Fail'' or ''failed campaign'' doomed to fail from O'Leary inspired me on and 2016 will be no different Mr O'leary.Ryanairdontcare Campaign has been and will continue to be a thorn in Ryanair's side.One Father with One Mission to expose the exploitation of young cabin crew at Ryanair who have not only been let down by Ryanair but also the unions.Failed Campaign letter from Scum bag Michael O'Leary below. 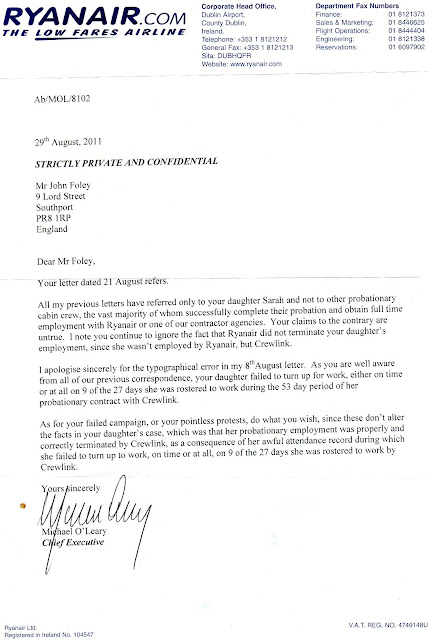