RYANAIR NOT ONLY EXPLOIT CABIN CREW BUT HIDE UNDOCUMENTED CASH IN THE COCKPIT AND USE FLIGHT NETWORK TO DEPOSIT AT RYANAIR'S HQ... 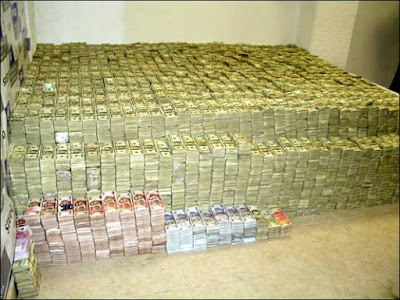 With the Ryanair Cash In The Cockpit being exposed this week by a former Ryanair Pilot we must go back to the issue regarding the Charity on board scratch card sales which generates 10's of millions of Euro's for Ryanair and you can bet shareholders are not aware.
The story was broke in June 2015 by the Daily Mirror UK newspaper which was given by this blog Ryanairdontcare Campaign which is clearly mentioned in the article.
http://www.mirror.co.uk/news/uk-news/ryanair-plane-unfair-charity-lotto-5920749
and
http://www.independent.co.uk/travel/news-and-advice/ryanair-defend-themselves-over-claims-in-flight-charity-scratch-cards-are-an-utterly-cynical-way-to-a6729776.html

The truth being for many years now that Ryanair have used this charity on board scratch card to rake in millions of euro's a year by telling customers it is for charity and taking the cash all back to Dublin.The network used to fly passengers all over Europe is also a CASH IN THE COCKPIT NETWORK.
The real charity begins and ends at Ryanair.Look at the comments from Ryanair in both articles above and we will brake it down for you.

The two quotes below came from Ryanair.

Ryanair said: “Our scratch cards continue to generate very significant funds for charity.
"Over the past six years we have donated well over €1million to charity.”
Ryanair said:“We don’t disclose how many scratch cards are sold, as this is commercially sensitive. However, over the past five years Ryanair has donated over €2m to almost 50 charities across 12 different EU countries. These charities cover a wide range of hospitals, schools, child welfare and sports club fundraisings. Over the last 12 months alone more than €500,000 was donated to charitable causes.
“Over the last five years the €1m top prize has not (yet) been won, but over €1,500,000 has been won by Ryanair customers in free cars and cash prizes.
John said,
Let us say the above comment from Ryanair are in the last 5 year period.
Ryanair's customers have won €1,500,000 with either €1million or €2million going to over 50 charities from sales of this charity on board scratch card sales of over €60million.

Former Ryanair Pilot Mark Christensen (a true hero) article below covers the undocumented cash in the cockpit,reason being this cash comes from many scams at Ryanair with the charity on board scratch card bringing in the most cash.

http://www.irishtimes.com/news/ireland/irish-news/ryanair-pilot-refused-to-fly-undocumented-cash-1.2487312?utm_source=dlvr.it&utm_medium=twitter
If you think Ryanair are a Low Cost airline to trust think again.Cabin Crew in their thousands have been Terminated by Ryanair for profit.I have the evidence and paper work to prove it.
Ryanair's chief US Israeli Billionaire David Bonderman and CEO Michael O'Leary are not only conning Ryanair passengers and shareholders, Ryanair are wrecking the lives of young cabin crew for profit.Ryanair have a lot to answer for when it comes to Ryanair Pilot Mr Paul Ridgard's suicide..

Coming in the next two weeks a post regarding  Ryanair's chief US Israeli Billionaire David Bonderman which will shock you. 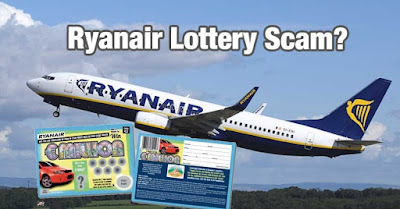 A book covering Ryanairdontcare Campaign's 7 year battle with Ryanair will be coming out in 2016 with some amazing information you never new about Ryanair and their senior management.The first two (signed copies Lol) will be given free to David Bonderman and Michael O'Leary.
''DOOMED TO FAIL MICHAEL''
BOYCOTT RYANAIR NOW
Posted by Europe's No 1 Anti Ryanair Campaigner John Foley.... at Friday, January 08, 2016