Ryanairdontcare Campaign can confirm the Ryanair cabin crew charity calendar which Ryanair bring out each year is not all what is seems.
As you can see from the photo below of Frances Mcquillan from Dublin is not a cabin crew member.
Frances Mcquillan is a receptionist who greats you at reception at Ryanair's head office Dublin airport.
As you will see from the calendar poster ''CABIN CREW CHARITY CALENDAR'' but she is not cabin crew but a receptionist. 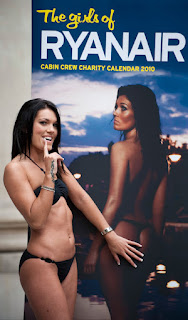 Photo above  of receptionist Frances Mcquillan from Dublin 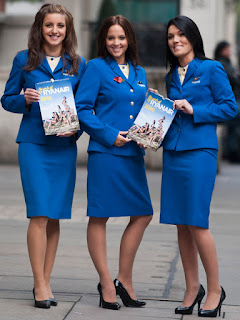 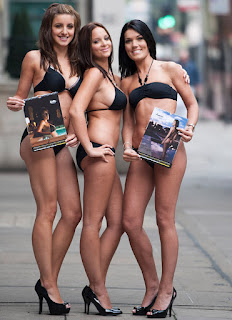 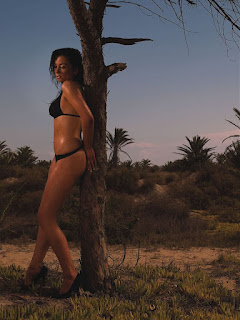 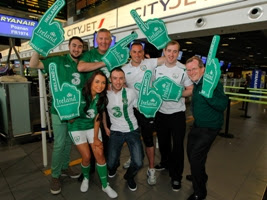 As you can see from this article http://www.tourismireland.com/Home!/About-Us/Press-Releases/2012/Ryanair-and-Tourism-Ireland-Send-%E2%80%98Big-Green-Wave%E2%80%99.aspx it clearly states Elaine Brien,Ryanair cabin crew member.
Her on http://www.youtube.com/watch?v=Fj99iAcUOrg  she said she is cabin crew....
Crew at Ryanair all know this is a lie.........

John said,
Dublin deputy base supervisor Elaine Brien new my daughter Sarah was to be terminated in 2008 and tried to convince Sarah to resign..I must point out a fee of 200 euro must be paid if you resign.We have testimony from other probationary Ryanair cabin crew that they also were asked to resign by Elaine Brien.
Ms Brien makes life very hard for new recruits who start at Ryanair,her purpose is to pressure new recruits into resigning,giving out late letters which she has put in place..These letters for so called late warnings take two weeks to process before Ms Brien places it in your pigeon hole,reason being she has so many to write.  Terminating new recruits at Ryanair's Dublin base is Priority for deputy base supervisor Elaine Brien.The more new recruits who are trained with a 3000 euro fee,the more she works her magic with crew controls and False attendance issues....

The purpose of this post is to show Ryanair Lie even when it comes to charity calendar.....Plus the post before will show you the Charity Scratch Card Lie.....

''Warning''
If you are Terminated by Ryanair your career in
aviation will be damaged forever.All airlines ask for a 5 year work/study record...Question to ask yourself..........which airline would take you on as cabin crew if your TERMINATE by Ryanair Answer
''None''


All airlines will contact Ryanair for a work reference and Ryanair will inform them of your Termination....Time to wake up and boycott Ryanair.............
John said,
I can confirm why i know this information regarding Termination reference above...Many Terminated Ryanair cabin crew have informed Ryanairdontcare Campaign..